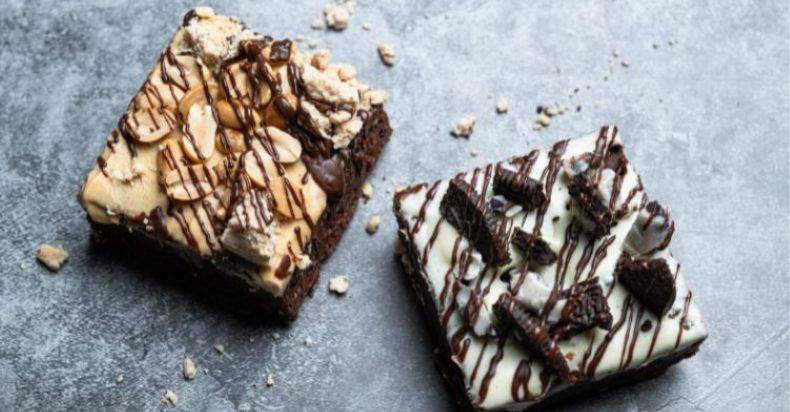 One of the first things most vegans do when they go vegan is to find out which products they can still have. And then they find out that Oreos are vegan.

They develop a serious oreo addiction for a couple of weeks and tell all the people they’re trying to convert to veganism.

But they can still have Oreos if they go vegan. Because people will be like, “what I didn’t know that,” and then all the vegans are like, “I know right, it’s awesome, see being vegan isn’t so hard.”

One of my vegan friends made delicious vegan oreo brownies that I really need in my life. So I’ve tried to make my own version, and they’re pretty close to perfection.

It literally takes 10 minutes to throw all the ingredients in a bowl, and after that, you just have to wait for the oven to do its job. I’m an actual idiot in the kitchen, so if I can do this, anyone can.

I stole this recipe from Jamie Oliver but changed a few things because I’m creative like that.

How to Make Vegan Oreo Brownies?

*In most countries, Oreos are vegan, but in some countries, they do contain milk. The regular Oreos are usually vegan; make sure you check the ingredients before you use them. The brownie is also good without Oreos, or replace the Oreos with some pecans!