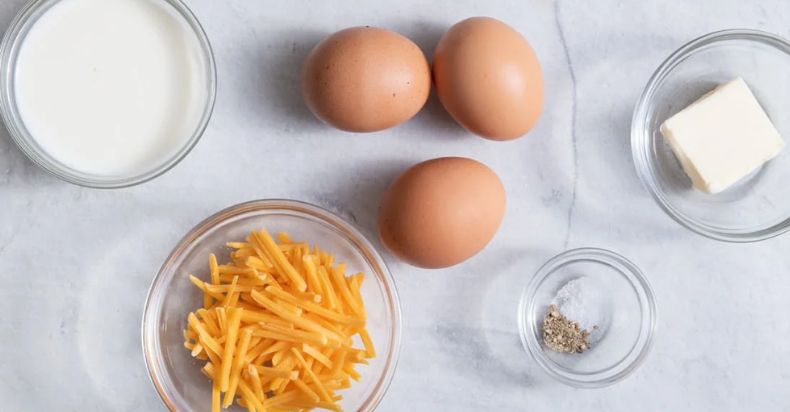 In the US, veganism is much bigger and more popular. I’ve made a lot of vegetarian or vegan friends. My friend and his family are also vegans, so I didn’t have to explain myself very often.

Contrary to what people conclude from my social media posts, I only talk about veganism if someone else mentions it or asks about it. I’m not one to talk about vegan stuff all the time or show a slaughterhouse video while you’re eating a burger, but if you ask, I’ll just say what I think.

Sometimes I notice that people really don’t understand at all why I do this, so I want to answer a few questions I’ve had over the past few days.

Can Vegans Have Fries?

As a vegan, you can do whatever you want. And vegans don’t want to eat animal products. I can eat it, but I don’t want it.

Asking if I can do something sounds like I’m in some cult with rules, lol.

Fries are made from potatoes, so yes, vegans can have fries. As a vegan, you do not EAT products that contain milk, egg, meat, fish, gelatin, or honey.

You do not BUY  leather, wool, fur or silk, make-up, or toilet articles that contain animal ingredients or have been tested on animals.

In addition, you do not carry out or support animal-unfriendly activities. So you don’t go to the dolphinarium, the zoo, bullfighting or horse racing, for example.

For this reason, veganism is seen as a lifestyle rather than a diet. It’s more than just ‘different food.

This switch also doesn’t often happen overnight. As far as my diet is concerned, I am currently 100% vegan.

I do not buy leather, fur, wool, or silk. I do not support animal-unfriendly activities or organizations and always pay attention to which brand I buy and whether it is animal-friendly.

Why Are You Still Wearing Leather Shoes?

I don’t buy leather shoes since I became a vegan. I had the leather shoes I had before I decided to become vegan, so I’m not going to throw them away because the damage is already done.

Why Do You Still Buy Clothes at Primark and H&M?

By being vegan, I do more for people in poor countries than the average meat-eater.

The food that livestock is fattened with can also be fed to hungry people. I do my best to focus on veganism because it tackles so many different problems: animal suffering, the environment, my own health, and hunger in other countries.

I care about people less disadvantaged than I am and want to contribute as little as possible to inequality, but I’m vegan, not superman.

What’s Wrong With Milk? A Cow Has to Give Milk Anyway?

Well no. Like a human being, a cow only gives milk when pregnant and has given birth to a calf. Look at the demand for milk products. You can check how many cows have to get pregnant, give birth to a calf, and then give their milk, not to their own calf, but to a milking machine. (Humans are the only animals on earth that drink milk from another species.

Why do we drink milk that is meant for a baby cow? Overweight anyone??). The calf is immediately taken away from its mother, which is stressful and sad for such a cow. The calf is then slaughtered when it is a male and put in a veal croquette.

If she is a female, she will have the same fate as her mother, and she may live her life as a dairy cow.

Why Don’t You Eat Eggs? A Chicken Has to Lay An Egg, Right?

Even if a chicken has the best living conditions ever, it still ends up as a chicken breast. In addition, roosters will never experience this life because they are shredded 2 days after birth, even if they are organic or free-range eggs.

A rooster does not lay eggs, so these animals are of no use in the egg industry. If I were to eat eggs, I would therefore support the fragmentation of baby chicks, and I would rather not.

Why Don’t You Respect My Choice To Eat Meat?

I can be good friends with people who eat meat, but I disagree with their choices. If you eat meat, you have no respect for the animal that has died and had a shitty life for your taste buds.

It may sound harsh, but there’s nothing I can do about it. It is not my intention to attack you as a person; it is your choice to feel attacked.

It is not my opinion that the meat/egg/dairy industry is full of suffering and animal cruelty; that is a fact. It’s not about me and my opinion because it’s not an opinion. I do not believe that livestock is mistreated and killed in these industries; those are facts.

Just as I do not think the agricultural sector is responsible for 51% of CO2 emissions, those are hard facts. Nor is it my opinion that 50% of the world’s population is lactose intolerant, that meat and dairy consumption causes high cholesterol, and that our digestive system and teeth are not made for meat consumption.

Vegans don’t talk about veganism all the time because they feel so much better than the rest of the world or because they love their opinion in someone’s throat.

Still, because these are just issues that need to be brought to light and because a cow can’t say by itself, “Hello will you keep your claws off my steak? I didn’t ask for it killed and to be eaten, so leave me alone, yes.”

I also don’t like people looking at me like an out-of-control maniac when I’m just empathetic towards animals and hate animal cruelty from the bottom of my heart.

To me, a cow is as sweet and innocent as a dog, and once others can make that connection and understand this, they know why vegans do what they do and think how they think.