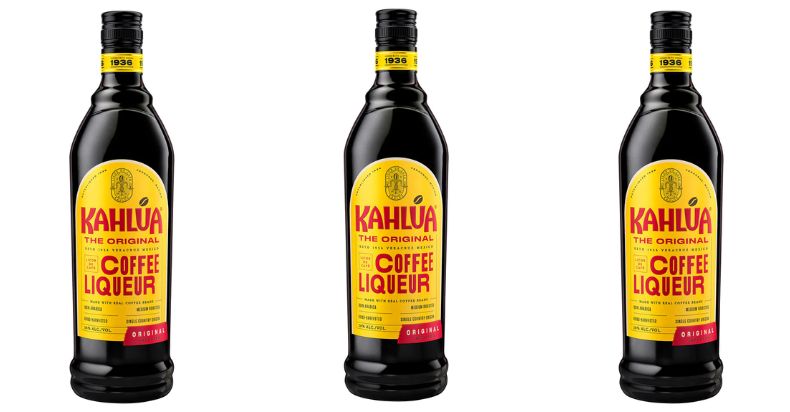 Kahlua is a deeply complex coffee liqueur that many people enjoy in their iced coffees and other drinks. The star of favorite cocktails, including White Russians and Espresso Martinis, many consider this product to be a must-have in any well-stocked liquor cabinet.

But, is it vegan? Here’s what you need to know.

In this article we’re going to uncover the Kahlua ingredients and see if it is suitable for vegans. But first, what is Kahlua?

What Is Kahlua And What Is Made Out Of?

Kahlua is a unique blend of coffee and liquor that can warm you up nicely in a cup of coffee or cool your taste buds in a mixed drink.

Kahlua was first made in Veracruz, Mexico, in 1936.  Two friends decided to combine two local ingredients – coffee and rum.

The word Kahlua stems from an ancient Arabic word that was slang for coffee.  Soon after its inception, Kahlua was brought to the US.

Over the years, Kahlua has gained popularity for its use in mixed drinks such as the Black Russian, White Russian, B-52, and Mudslide.  It is the number one coffee liqueur made in the world today.

Kahlua is made from sugar cane molasses. It is produced in Puerto Rico, Mexico, and other countries using a secret family process.

The natural ingredients used are not verified or approved by any regulatory body. But, there are no animal-derived products used in the product.

Kahlua contains glycerin, which is a by-product of the vegetable glycerol. Yet, glycerin is extracted using petroleum-based solvents.

So, is Kahlua Vegan? Here’s the answer.

Is Kahlúa Suitable For Vegans?

Unfortunately, NO. Kahlua is not vegan friendly.

While most coffee liqueurs can be considered vegan-friendly, Kahlúa is produced with non-vegan sugar that has been refined with bone char, making the products not suitable for vegans.

Additionally, if you were to order it at a bar or restaurant, some sort of milk or cream is usually added to this drink, meaning, it would likely contain dairy.

kAHLUA doesn’t contain any milk products, which means that Kahlua is dairy-free!

But, if you were to order Kahlua at a bar or restaurant, some sort of milk or cream is usually added to this drink.

Just make sure you double-check the label or ask the restaurant or bar, to make sure it’s dairy-free before consuming it.

What Liquor Can I Use To Make Kahlua?

If you want to make Kahlua at home, try using vodka instead of rum. The alcohol evaporates faster when heated, leaving only the black coffee flavour.

Yet, if you prefer to use rum, then here is how to do it:

You can create delicious vegan drinks like Kahlua without supporting cruelty to animals. At the same time, non-vegans will not likely be swayed to abstain from drinking alcohol.

Vegans and vegetarians will appreciate the option to enjoy this special drink still.

Those who taste Kahlua’s flavour but are adhering to a vegan diet. And glad to know that there are vegan-friendly alternatives to their favourite beverage.

There are several vegan flavorful alternatives to Kahlua. If you want to try out some of these drinks, here are a few suggestions:

The best-known Kahlua alternative for Kahlua is made from coconut milk. But, if you want to drink a chocolate liqueur, try Kahlua mixed with unsweetened cocoa powder.

It will give you a similar taste to the original Kahlua.

Kahlua has made vegan alternatives such as Coconut Cream Latte and Vanilla Bean Iced Tea.

They also have some great non-alcoholic drinks like Cappuccino, Frappuccino, and Espresso. If you’re looking for something new, try out one of these drinks!

Try adding cinnamon or quality vanilla extract to your drinks for those who don’t like sweets. You could also add some inch vanilla bean paste to your latte or cappuccino.

If you want to skip the caffeine, try making a cold tea by mixing a teaspoon of raw honey with hot water. Honey is a natural source of sweetness that will help mask any bitterness.

Another alternative to Kahlua is to substitute it with Chambord. It has a very similar flavour profile to Kahlua.

If you have a sweet tooth, you may also want to consider trying out another dessert liquor. Try substituting Kahlua with Amaretto or Frangelico. These two liqueurs have a robust almond milk flavour like real Kahlua.

Another option is to switch out Kahlua for Irish cream. It is a popular liqueur made with whiskey, heavy cream, and condensed milk.

It also contains bourbon, but unlike Kahlua, Bailey’s does not have any animal products.

Kahlua is also available in soy milk. It makes it possible for vegans to make creamy flavoured milk at home.

People might find themselves craving a drink after being on a vegan diet. You should try out a non-alcoholic version of Kahlua to meet this craving.

Moreover, you should also read our article about whether beer is vegan.

How to Make Vegan Kahlua at Home?

With a bit of patience and effort, you can make your vegan Kahlua at home. You can share the vegan Kahlua with friends, family, and parties.

The best part is that it is healthier and cheaper than store-bought Kahlua!

The best way to make vegan Kahlua is to use agave syrup instead of conventional sugar. Agave syrup has benefits such as lower calories, few carbs, and no gluten ingredients.

To make the Kahlua, you need:

Kahlua is not suitable for vegans. But, plenty of plant-based alternatives can replace Kahlua.