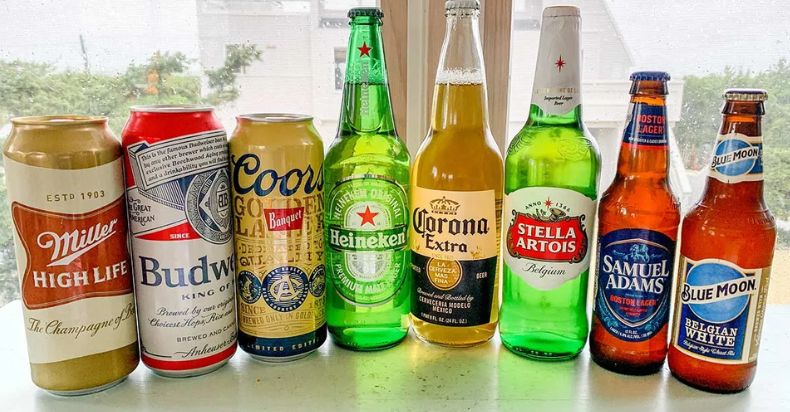 Is that beer your drinking vegan? You might be surprised to find that some beers are filtered through products derived from animals such as isinglass and gelatin.

Other beers directly contain animal products such as honey. I have been in communication with a few breweries in an attempt to find out which beers are vegan. Below are the results.

Each brewery has a table of information and a link to a information page. The table contains the brewery name, whether its beer is vegan and possible concerns pertaining to other animal rights issues and/or information.

For the purposes of this list a beer is considered vegan if no animal products are used as an ingredient or in the manufacture of said product.

A question mark means that the brewery has refused to respond to inquiries about the status of its products. I would recommend avoiding the purchase of these companies’ products until they deliver upon the issued requests.

Simply, I believe a company that refuses to respond has something to hide. They would rather mislead consumers as opposed to being truthful about their products.

Keep in mind that a brewery could change its manufacture process, introduce a new beer, or conceal the use of animal products. Accordingly, this chart is only as accurate as the information provided.

There is a bit of confusion among beer drinkers and even brewers about what is animal in nature and what is not.

This section is meant to clarify a few issues regarding materials used in brewing beer. For instance, some brewers say by strict definition no beer is vegan because yeast is used in the brewing process.

As you will see below these individuals are misinformed. If you ever doubt a brewer’s comments please resort back to this page for clarification.

Isinglass is used to filter and clarify beer in a process called fining. Traditional isinglass is made from the swim bladders of fish and is accordingly not vegan. As if deciding whether beer is vegan wasn’t hard enough, there is now a synthetic version of isinglass which is vegan.

This is a filter material made from the fossil remains of unicellular microscopic organisms called diatoms (ancient algae). It is also used in animal feed and as a safe alternative to pesticide. Many brewery websites refer to this material as being from animals or creatures, however, it is not. DE is derived from fossilized plants.

In the process of brewing beer the husks from the grain become separated and are often used in turn to aid in the filtering of the beer.

Once filtered the husks are no longer needed. Most breweries donate or sell their spent grain to area farmers who in turn use it as a high protein feed for their livestock. Given the treatment and abuses livestock face, all of which are documented on this site, some vegans may choose not to consume a product made by a brewery that allies itself with the livestock industry.

Others, seeing that the grain husks are not made specifically for animal feed, may not find any reason to cease consumption of these products. If one takes the former position then drinking beer is virtually impossible as almost all breweries give or sell their grain to farmers.

These are used as fining agents in beer. Gelatin is derived from boiling animal tissues and bone meal is made from crushed or ground animal bones.

Lactose is a disaccharide sugar taken from milk. It is used to add sweetness or a smooth character to beer.

Some individuals seem to believe that yeast is an animal. It is not. Yeast is a fungus used to ferment alcohol. A fungus according to the Webster-Merriam online dictionary is usually classified as a plant lacking chlorophyll.

READ : Can Vegan Have Fries? Milk and Eggs

I won’t delve into the honey and is it vegan debate here, but some vegans consume it and others do not. I will say that bees naturally filter honey with their bodies, meaning they must consume it (in a manner of speaking) and then expel it afterward. In a sense then it is an animal product.

Some breweries have additional concerns accompanying their listing. This does not mean that their beers are either included or excluded from being considered vegan.

I have tried to create this list from a general understanding of what I think most vegans would choose, but at the same time keep it broad enough to accommodate others.

A beer is considered vegan for the purposes of this page if it doesn’t contain or use animal products. However, I have included any additional information that may also effect the decisions of vegans in the concerns section.

Some vegans may find the dealings of Anheuser-Busch and its operation of animal “attractions” to be unacceptable and refuse to buy their products, while others may view this as a separate issue.

That is why I have included a concerns section. This extra bit of information is included to allow each individual reader to be informed and come to their own conclusion.